Toptest.sg spends many hours on research to help you find the best products to buy. Each product here is independently selected by our team. If you buy something through links in our content, we can earn a small commission that helps support our work.

With smartphones, tablets, and lightweight laptops being things virtually everyone carries around, it’s no surprise that power banks also rise in popularity year after year. Small and practical, power banks allow you to literally carry power within your pocket. If you have problems with your laptop’s or phone’s battery or if you like going in prolonged camping or other trips, a power bank is a great tool to have.

But do they come in different types like most other devices? And which are the best power banks for you and your needs? Let’s go over the basics.

The different types of power banks

As both a new addition to the high-tech market and a fairly simple device, power banks don’t have as many different types and sub-types as other products. Being little more than just batteries with a casing and one or more USB ports, all power banks are pretty similar.

That being said, depending on their capacity, type of battery, number of ports, and overall design, there’s still a bit of diversity among them. Generally, power banks are divided into “Low-capacity” and “High-capacity” models. 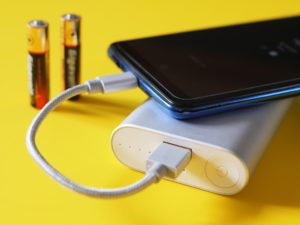 Low-capacity power banks are mostly intended as smartphone chargers. They don’t have enough power to recharge a large laptop, especially not fully or multiple times. They are powerful enough to give your phone a couple of full recharges, however, and that’s usually good enough.

One of the two sub-types of low-capacity power banks is Ion battery power banks. They are relatively self-explanatory – power banks that use an ion battery. As such, they usually have a short cylindrical shape and are pretty comfortable to carry around. They are also cheaper to manufacture and can store more power in a given size or volume. They do suffer from aging, however. 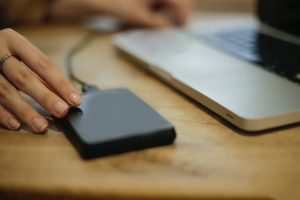 Their one major advantage, however, is that they don’t age nearly as much and can generally last for much longer than ion batteries. This is a very significant advantage, of course, and it’s why many consumers prefer them. The slightly higher price and larger size are usually worth it when you know you won’t have to throw away your power bank in a couple of years.

If you want a power bank to charge your laptop, there are high-capacity options as well. These power banks will usually store up to 20,000mAh or more. This allows them to charge many different types of devices multiple times over. They can also be used to charge several devices at the same time which is great when you’re with friends or colleagues. To do that, high-capacity power banks also usually have multiple USB ports, including ones with additional tech such as Quick Charge, Type-C, and even DC Output ports for charging Laptops.

What should I look for when buying a power bank?

With those quick descriptions out of the way, it becomes pretty clear what you should look for in a power bank. Here are the main factors to always keep in mind: 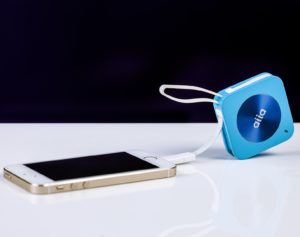 Power banks aren’t overly expensive but they aren’t free either. As such, it’s wise to focus on durability when you get a power bank – the longer it can last, the less often you’re going to have to buy a new one.

Power banks are meant to be mobile power storages, especially low-capacity power banks, so it pays to make sure yours is lightweight and easy to carry around.

Of course, as with any device, there are lots of other features to consider and look for, depending on what you need:

As you can see, the simplicity among power banks is quite refreshing. Still, there are several main factors to keep an eye on. Getting the wrong power bank for your needs, be it in terms of capacity or number of USB ports, can be quite unfortunate. On the other hand, with the ever-rising demand for power banks, even if you get a power bank that doesn’t suit your needs, chances are that you’ll find a use for it anyway, either by gifting it to a friend or relative or even by selling it to someone.